They call it The Big Island for good reasons, with two of the tallest and most voluminous mountains on Earth, Mauna Kea standing at 13,803ft and Mauna Loa at 13,679ft tall, Double Big Island, would be a better nickname, in my opinion. The two giant mountains kind of split the island in two, creating different terrains and beaches on both sides, where you can drive between the two mountains, or all the way around the outside of the island. I planned the entire day traveling from the North tip of Kohala, all the way down the East Coast of the Big Island of Hawai’i, to the Southeast tip at Isaac Hale Park.

The Hamakua Coast is mountainous with lots of shoreline cliffs, gulches, and waterfalls running off the mountains. It is also the wettest side of the island with 10ft to 20ft of rainfall per year, leaving the hillsides lush and green with thick tropical rainforests. My first stop along the Hamakua Coastline was Laupāhoehoe Point Beach Park. This small community was devastated by a tsunami on April 1, 1946, tearing up the coastline and killing 159 people. There is a monument dedicated to those who lost their lives by the tsunami, and the park area has been repurposed into a swimming, fishing, and camping area.

As I continued south, I noticed there was a lot of cow farming and colorful foliage. I stopped at a few waterfalls to take pictures before heading to my next beach in Hilo Bay. While I had lunch in Hilo, I walked around snapping pictures of pretty plants, pristine parks, the statue of King Kamehameha The Great, and the sailboats along the coastline of Hilo Bay. As always, I managed to dip my toes in the ocean at each of the beaches.

My final and favorite stop on the East side of the Big Island is Isaac Hale Beach. It is the furthest Southeast you could drive due to the volcanic damage caused by the 2018 eruption, destroying the roads in that area, along with two out of three hot ponds. The Pohoiki Hot Springs are the only hot springs in the area still accessible on the island with three geothermal hot ponds to wade in. The road to get there is through a dense rainforest and along a bumpy lava rock coastline.

At Pohoiki Hot Springs, there are three ponds. The biggest and deepest pond is where you can swim or wade, accessed by sand, walking on a ramp, or jumping off a dock, and surrounded by sand and lush greenery. The second pond is mid-sized, perfect for sitting in, has a few trees with picnic tables next to it, and is surrounded by rocks and sand. The third pond is very small, fitting only a few people, and is around the corner nestled between thick lava rocks.

I was able to find a neat little pool attached to the big pond, but separated off by some smooth rocks. The pond was shallow enough for me to sit or float comfortably, bathwater warm, and felt so good on my chronically achy body. This beach was my favorite because the water felt incredibly healing to my entire body and soul. More than likely, I will be returning to Pohoiki Hot Springs before I leave the Big Island to fully heal Jaime in Hawaii in July. 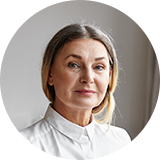